David L. Cello is an attorney practicing law in Solano, Napa, and Contra Costa counties. Mr. Cello primarily handles criminal law and civil litigation. Mr. Cello received his Juris Doctor (J.D.) from Santa Clara University School of Law and passed the California bar exam on his first attempt. During Law School, Mr. Cello earned a position to serve as a judicial extern to the Honorable Chief Judge Phyllis J. Hamilton at the United States District Court for the Northern District of California in Oakland, California. While serving, Mr. Cello assisted the court in various matters, both criminal and civil.

Mr. Cello is a native to Fairfield, California and prior to starting his own firm, he practiced in San Francisco at a civil litigation firm. He then worked with two local firms in Vallejo and Fairfield handling criminal and civil matters. After years of successfully handling and favorably resolving numerous client matters, Mr. Cello decided it was time for him to serve his clients directly by opening The Law Office of David L. Cello in Vallejo, California.

Mr. Cello prides himself on being a knowledgeable, hard-working, and compassionate lawyer who zealously advocates for his clients in and out of the courtroom.

Outside of his office, Dave is an avid long distance runner having completed multiple half-marathons and a full marathon. When he’s not working or running, Dave enjoys cooking, fly-fishing, fantasy football, and playing cards with friends. Most evenings, however, he settles for a run, a trip to Costco, and squeezing his bulldog, Lucy (pictured below). 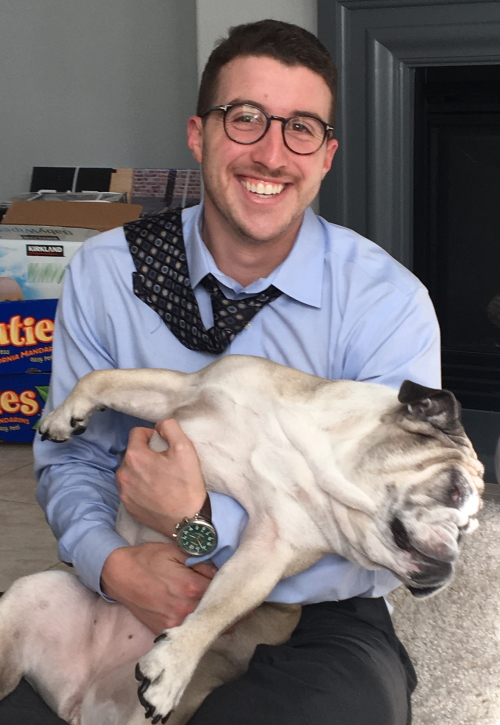